How a Skills-Based Approach Unlocked Opportunity for Monica 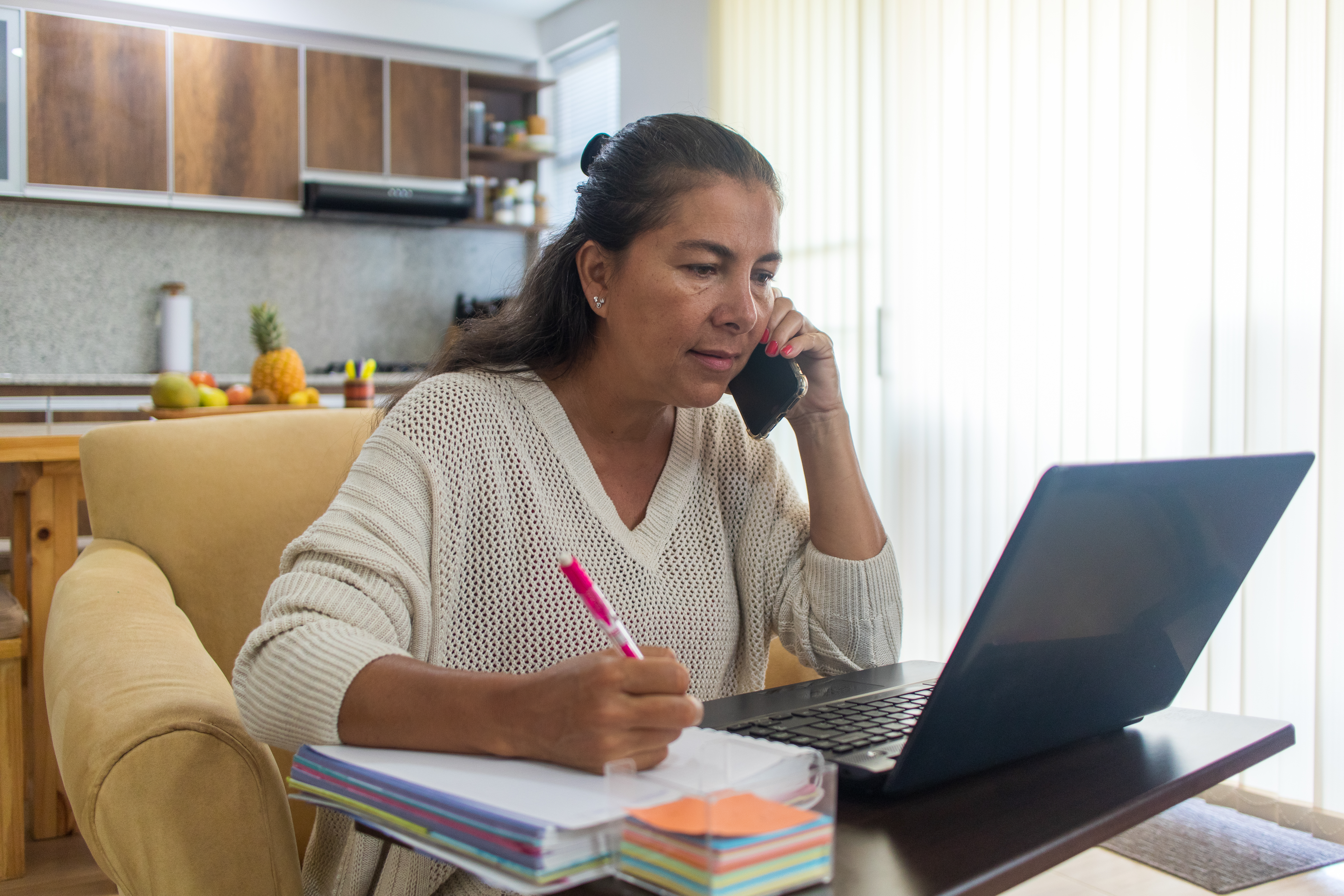 In August of 2019, Monica* moved from California to Colorado in hopes of working at her uncle’s small upholstery business. For a while, Monica was in charge of the business and made changes that seemed to really help the business thrive, then COVID hit. “Business was really slow. It’s hard to maintain a business when people aren’t coming in, instead of earning money my uncle was losing money, so the business had to shut down,” said Monica. With her children at home, looking for employment during a pandemic was no easy feat.

Luckily, a counselor from Catholic Charities told Monica about a job opening at El Paso County Public Health, a Public Health Department in Colorado Springs, Colorado, for a contact tracer role. Contact tracers are individuals who help notify, interview, and advise those who may have been in close contact with patients with confirmed or probable COVID-19. “The job paid well, this role would allow me to stay home with my kids, and the job post was written in a way that let me know I had the skills they required.” By the time Monica saw the job post for this role, El Paso County Public Health had done a lot of work behind the scenes with the Pikes Peak Workforce Center, to implement skills-based hiring practices, which are used to hire based on skills instead of proxies for skills such as unnecessary credentials and previous job titles, to ensure they hired the right people for the job. This work included creating a skills-based job posting that highlighted and prioritized the skills that were most important to the organization.

Prioritizing skills over credentials made all the difference for Monica, who does not have a four-year college degree. Although Monica was the first in her family to go to college, during her first semester, she made the difficult decision to halt her post-secondary education to raise a family.

“Dropping out was a difficult choice, my family was so proud, and I didn’t want to disappoint them, but at the time it was the right choice for me, and I’ve gained skills at every place I’ve worked, so I don’t regret it,” said Monica.

In California, Monica’s first office job was as a temporary worker at the Department of Public Social Services, and she took full advantage of the opportunity, gaining as much knowledge as she could and developing new skills such as phone etiquette and filing. These skills came in handy when Daniel Garcia, a job coach at Pikes Peak Workforce Center - and an alum of the Skillful Governor's Coaching Corps (SGCC) training program interviewed Monica for the contact tracer role. When asked about the interview process, Monica remembers, “Daniel interviewed me in English and Spanish. El Paso County Health was looking for bilingual contact tracers, so he wanted to make sure I was able to speak both languages and do the job.” She believes that the behavioral questions that Daniel asked her during her interview helped her showcase the skills that made her the right candidate for the job and that she had gained in her previous job experience, which landed her the role.

“I don’t have medical credentials, but if I ask the right questions, I am able to do my job well”

Monica has been in her new role as a contact tracer since July; She enjoys the work she does and feels confident in her ability to do the job. “I don’t have medical credentials, but if I ask the right questions, I am able to do my job well,” said Monica, “this job planted a little seed in me, I am thinking of going back to school and studying to be an epidemiologist.”