In a small town in Southwestern Colorado more than 170 employers, students and volunteers came together last month for the Vision on the Future of Work event hosted by Janae Hunderman, a career counselor at Animas High School and graduate of the Colorado Skillful Governor’s Coaching Corps (SGCC). 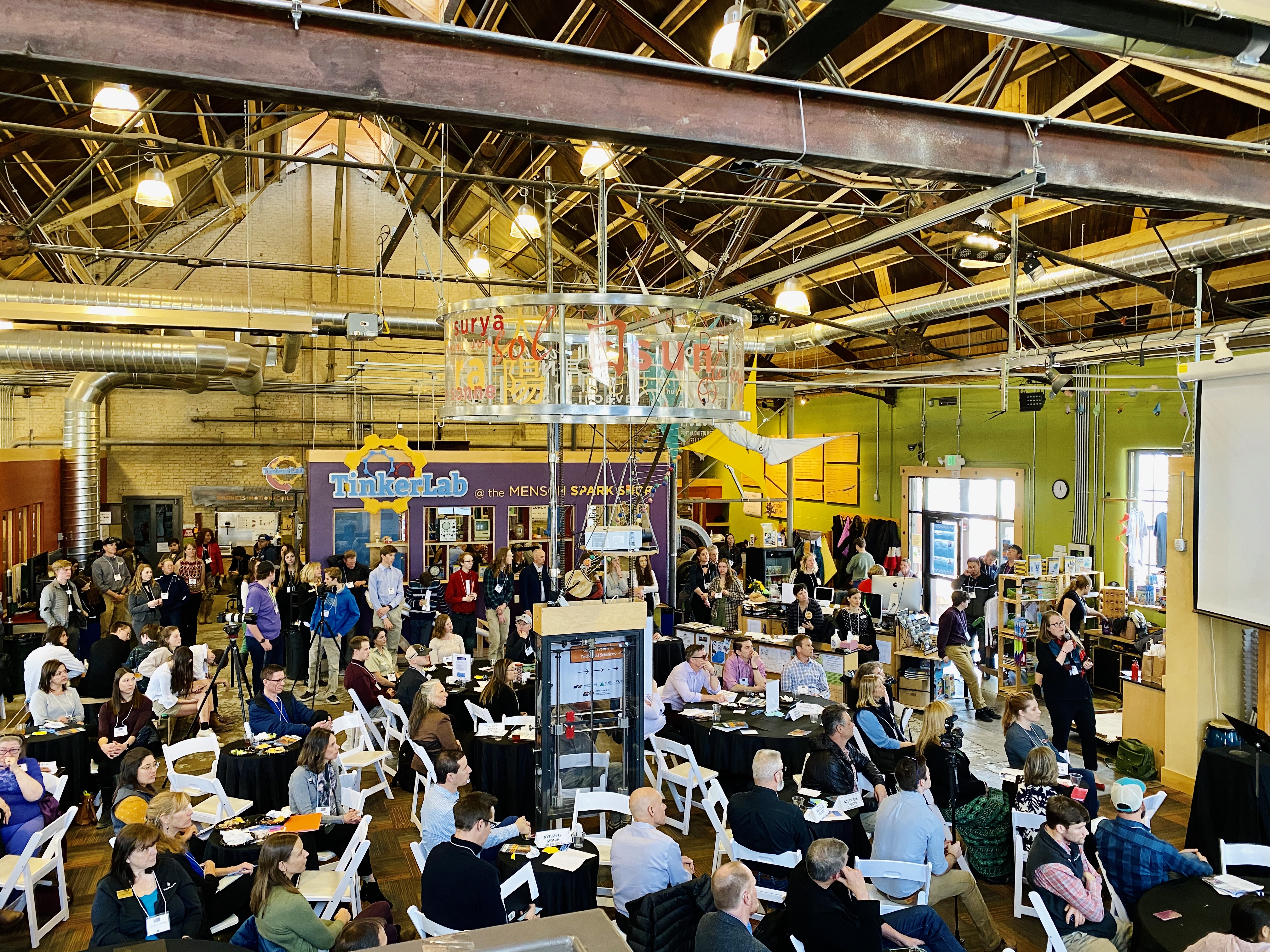 As a project-based learning school Animas high school has all of their seniors do projects they self-design and this year the staff had a project of their own, the vision 2020 project.

While Janae thought about what her project should look like and what research she needed to make it a reality, she reached out to Skillful Colorado manager of Coaching, Maximillian Mascarenas, Katherine Keegan, Director at the Office of the Future of Work, and other people at the Colorado Department of Labor and Employment (CDLE). What she realized from talking to different individuals was that because of the action team project she had worked on during her time at the SGCC she had already done a lot of great research that could inform her new project.

Janae’s action team project had focused on underemployment on the 50+ population. The team’s research led her to the conclusion that her role as a career counselor was to give her students the “preventive medicine” to underemployment. “If we can teach students how to upskill, how to learn, and how to pivot in their careers then we’ll have fewer people struggling with underemployment.” Upskilling, reskilling and lifelong learning are all critical elements of the future of work and what people will need to be successful in a rapidly changing economy.

Although, Janae knew about the future of work she didn’t know what to think about it.

“There’s so many articles out there that talk about the future of work, but give contradicting information, and I didn’t know who to look to as the subject matter expert. The Skillful Governor’s Coaching Corps gave me valuable information on the subject and also the resources. Before the SGCC I never would have considered reaching out to CDLE, because I didn’t know that was a resource available to me.”

Janae’s “brainchild” for the Vision on the Future of Work event was born out of her desire to do an action project that would bring her learnings around the future of work back to her community.

During the gathering, Animas High School students and students from neighboring schools had the opportunity to interview business owners and employers about their professions, while employers got the unique opportunity to learn more about the students that will one day makeup their talent pipeline.

Audience members heard from students who had found success through internships, Maximillian Mascarenas, who talked about the importance of creating a skills-based labor market, and Katherine Keegan, who shared her insights on how the state of Colorado is preparing for the disruption technology is creating for different industries. 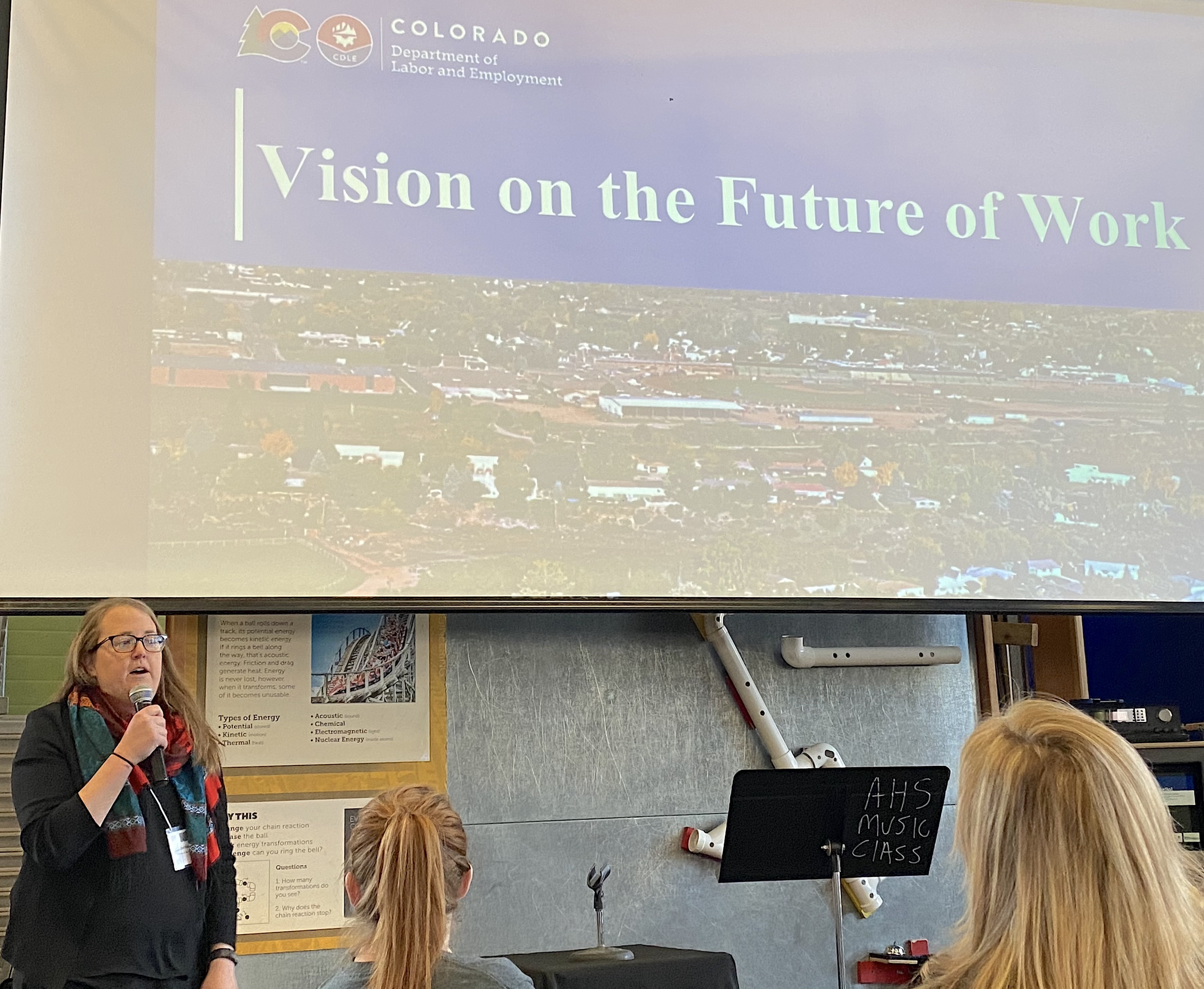 As a result of this event, some of Janae’s students have landed internships, and others have acquired an interest in different career paths, which they are now considering as internships begin on April 27th. After the event, Janae received some unprompted positive feedback from the employers that attended, they wanted to make sure they were invited if a similar event took place in the future, because they relished the opportunity to connect with students. To build on the success of the event, Janae and her colleagues have decided to host the event again, and they are currently working to get more local schools involved.